Plans for drive-through on Milwaukee Avenue

The alderman began the meeting touting the changes as supporting the corporate McDonald’s concept of hip and its desire to appeal to a new breed of customer, one who lingers in the restaurant and enjoys the Wi-Fi access.  I think these are customers who would embrace a pedestrian orientation and would gladly do without the drive-through.  The drive-through plans and flaunting of the “pedestrian street” designation (see Save Milwaukee Avenue’s pedestrian orientation) appear to conflict with the new McDonald’s concept.

The plan shows that the west/Milwaukee Avenue side of the building will stay where it is now, several feet from the property line.  (Unfortunately, McDonald’s Corporation’s representative has not returned repeated calls requesting a rendering of the plans to share here.)  The north and south sides of the building will also stay, while the east side will accommodate the expanded building, moving several feet to the east.

At the time of the community meeting, what should be the front face of the building with its bright yellow awning was oriented toward the drive-through rather than toward pedestrians on the street.  Instead, the Milwaukee Avenue face would be the typical side façade of McDonald’s redesign.

The former “pedestrian street” designation calls for buildings to be built to the sidewalk, not several feet back, but at the point of last month’s meeting, McDonald’s would not entertain bringing the building to the sidewalk.  The construction manager stated that they could not build to the sidewalk because of accessible requirements with the two exit doors to Milwaukee END_OF_DOCUMENT_TOKEN_TO_BE_REPLACED

There will be a community meeting regarding the proposed expanded drive-through for the McDonald’s property at 2707 N. Milwaukee Avenue.  The meeting will be held Thursday, February 2, 6:30 p.m. at 2706 N. Sawyer Avenue.

On December 13, 2011, the Chicago Committee on Zoning conducted a public hearing regarding removing the “pedestrian street” designation for the portion of Milwaukee Avenue between Kedzie and Sawyer Avenues.  This despite the fact that the applicant (in this case the alderman/the city) did not meet (as acknowledged by the acting city Zoning Administrator) the notice requirements necessary for the hearing to take place.

No hearing will be scheduled or conducted until the applicant complies with all applicable notice requirements.

As the applicant, the alderman explained that he introduced the ordinances in order to allow the McDonald’s franchise at 2707 N. Milwaukee Avenue to construct a new building and maintain its driveway and drive-through.  He stated that the dimensions and diameters of the existing driveway and drive-through would not change.  He also said that he would later re-designate Milwaukee Avenue a “pedestrian street.”

Five residents (myself, Steven Vance, Christy Prahl, Mike Jaskula, and Nicole Semple) testified in opposition to the proposed lifting of the “pedestrian street” designation for a variety of reasons.

The McDonald’s franchise owner and her attorney were the only people to speak in favor of the proposal.  Contrary to the alderman’s statement, they (and the acting city Zoning Administrator as well) revealed that they planned to increase the drive-through capacity at this site.  Oddly, the owner touted another McDonald’s franchise she owns on four-lane North Avenue at the busy, car-centric intersection of Grand and Kostner Avenues as an example of how nice it will be for Milwaukee Avenue.  She really wasn’t grasping the concept of a pedestrian oriented street.

As is typical of zoning in Chicago, the Committee on Zoning deferred to END_OF_DOCUMENT_TOKEN_TO_BE_REPLACED

In its “Destination of the Month: Chicago” article, Vogue.com singles out Logan Square as “Another Happening ‘Hood.”

Highlighted are Longman & Eagle, newcomer Telegraph, perennial favorite Lula Café and, a little bit down the avenue, The Whistler.

The nation is taking notice.

But not just Best Overall Neighborhood; how about:

After having to work to find last year’s Logan Square gems (see “Best of” closest to the square), this year’s edition was chock full of Logan Square, which, like the whole of Chicago, does its share of “world-class

dining scene,”  “grassroots arts movement,” and “one beautiful mess of highbrow and low.”  It’s almost all Logan Square, all the time this year, so I’ve not distinguished the Reader’s picks from the Reader’s readers’ picks.  [Update:  How did I END_OF_DOCUMENT_TOKEN_TO_BE_REPLACED

The final test of Random.org is complete, and Carter walks away with the seventh and last gift of this giveaway (see Good things come in threes for the variety of gifts randomly available).

That final gift is the last of three t-shirts from El Cid.

Thank you Carter for (regularly) joining in the conversation.  Thank you El Cid for donating the t-shirts.  Looking forward to margaritas on the patio. 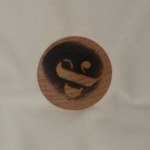 Colin is the recipient of yet another gift from a neighborhood business (see Good things come in threes for one more chance).

Today’s gift is a trio of $3 whiskey tokens from Longman & Eagle for self-indulgence or sharing with friends.

Thanks again Colin for joining in the conversation.  Thank you Longman & Eagle for donating the whiskey tokens normally reserved for guests at the inn.  I love the concept of your tavern and inn.  It couldn’t have worked so well in any other place absent a Longman and an eagle.

Peopling Places
Create a free website or blog at WordPress.com.